Creating an entire world for which a game to take place in is a huge undertaking. Letting the story develop the world might be an option, but for now a world map will be developed and regions/countries can be formed from it.

The planet the game takes place on is referred to by it's inhabitants as Gaia 1) . The date at the start of the game is 996, approximately a thousand years after the formation of the first country. The multiple continents on Gaia are home to more than 20 countries, each with varying military power and political ideologies. Acedia is the country that is home to our main character and is where a lot of the story takes place.

Below are early renditions of a map of the world Gaia. It is 2000×2000 pixels as this is a raw image of the entire world. 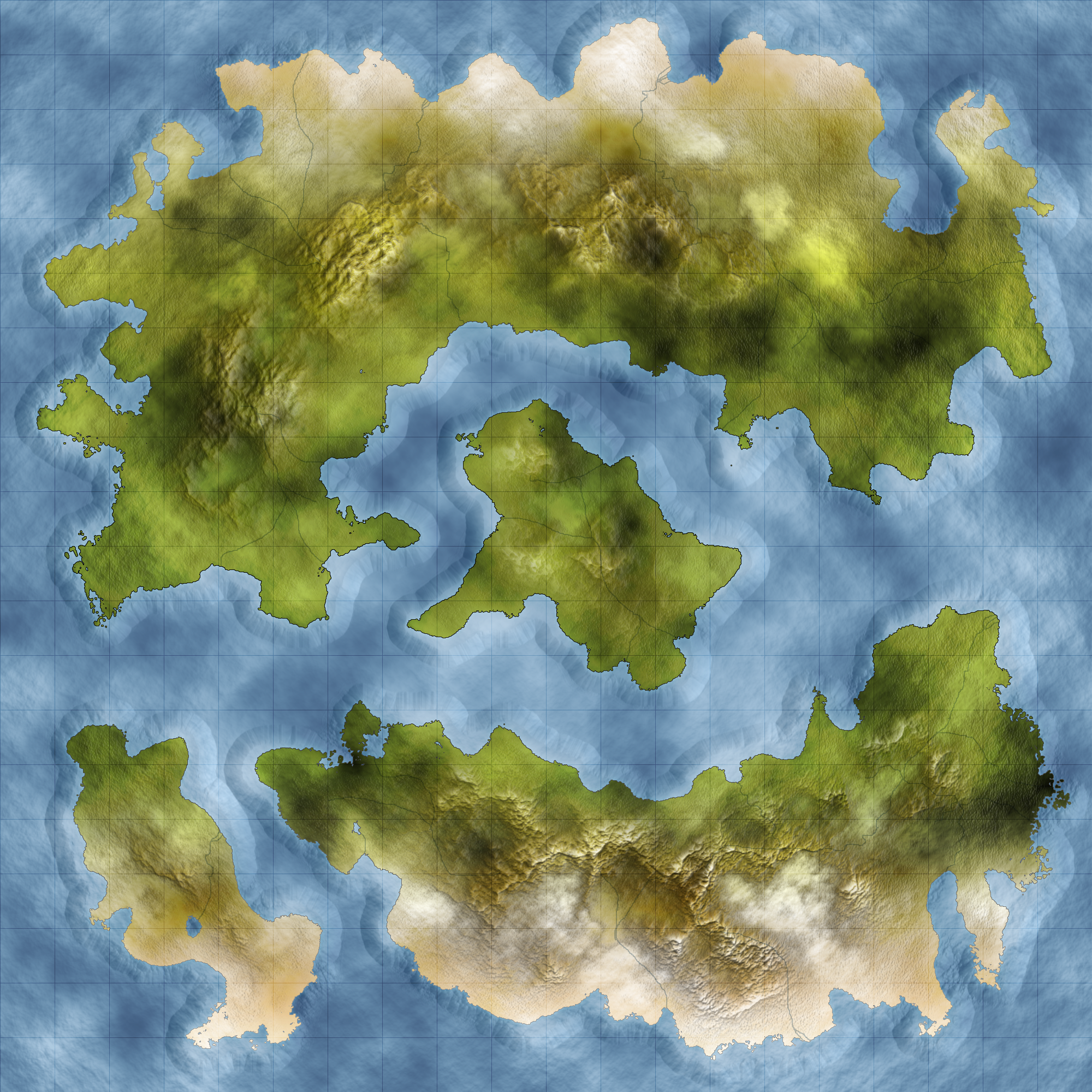 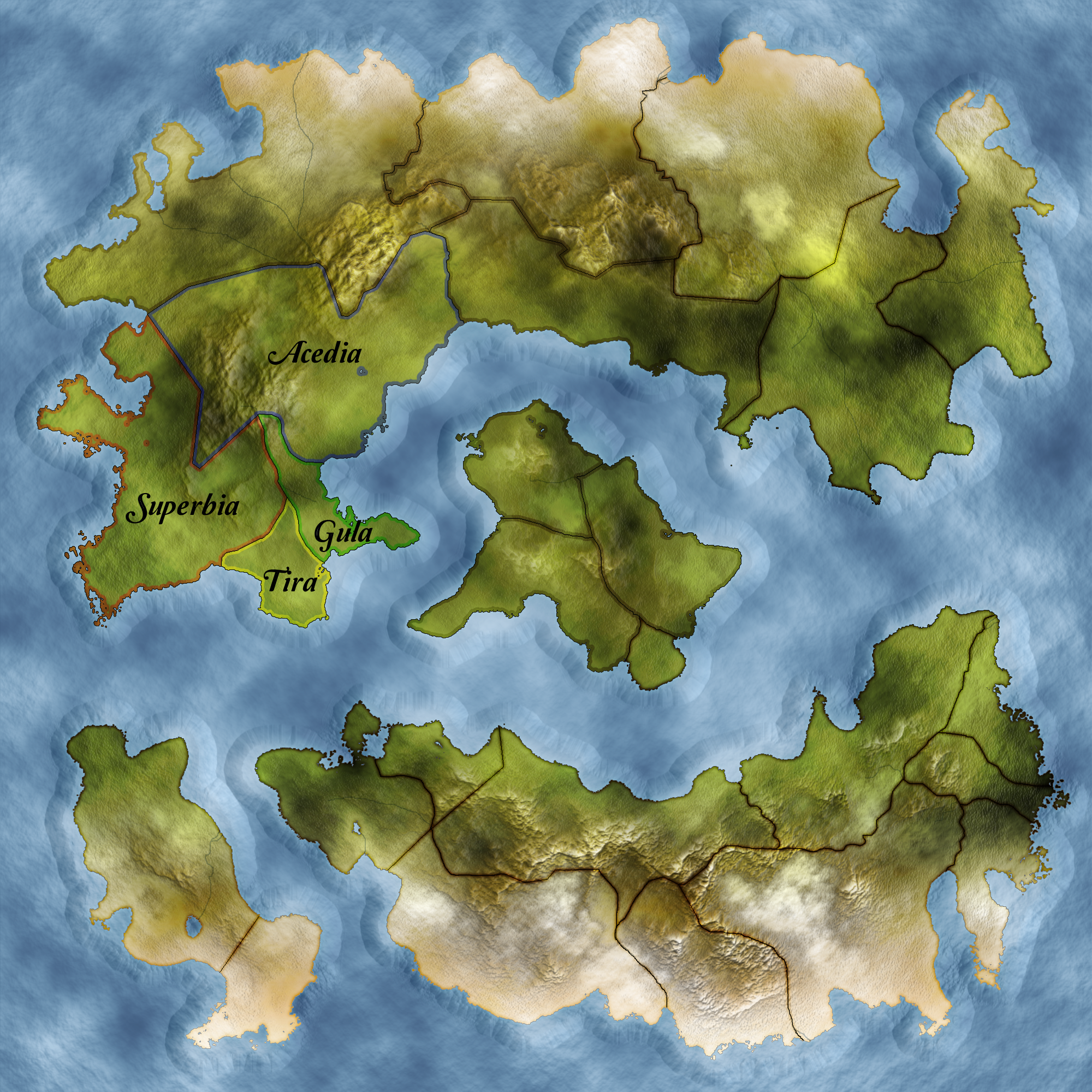 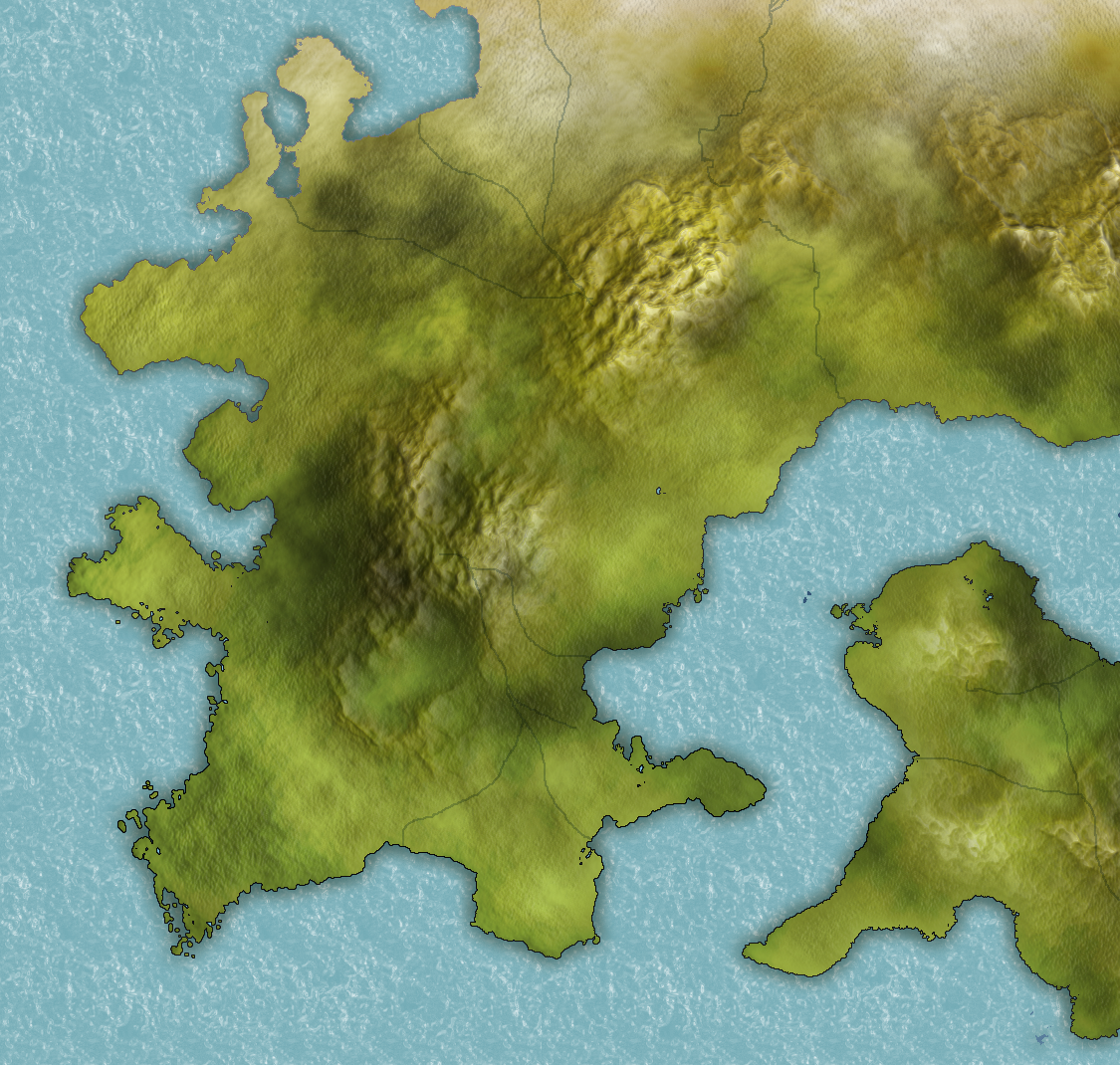 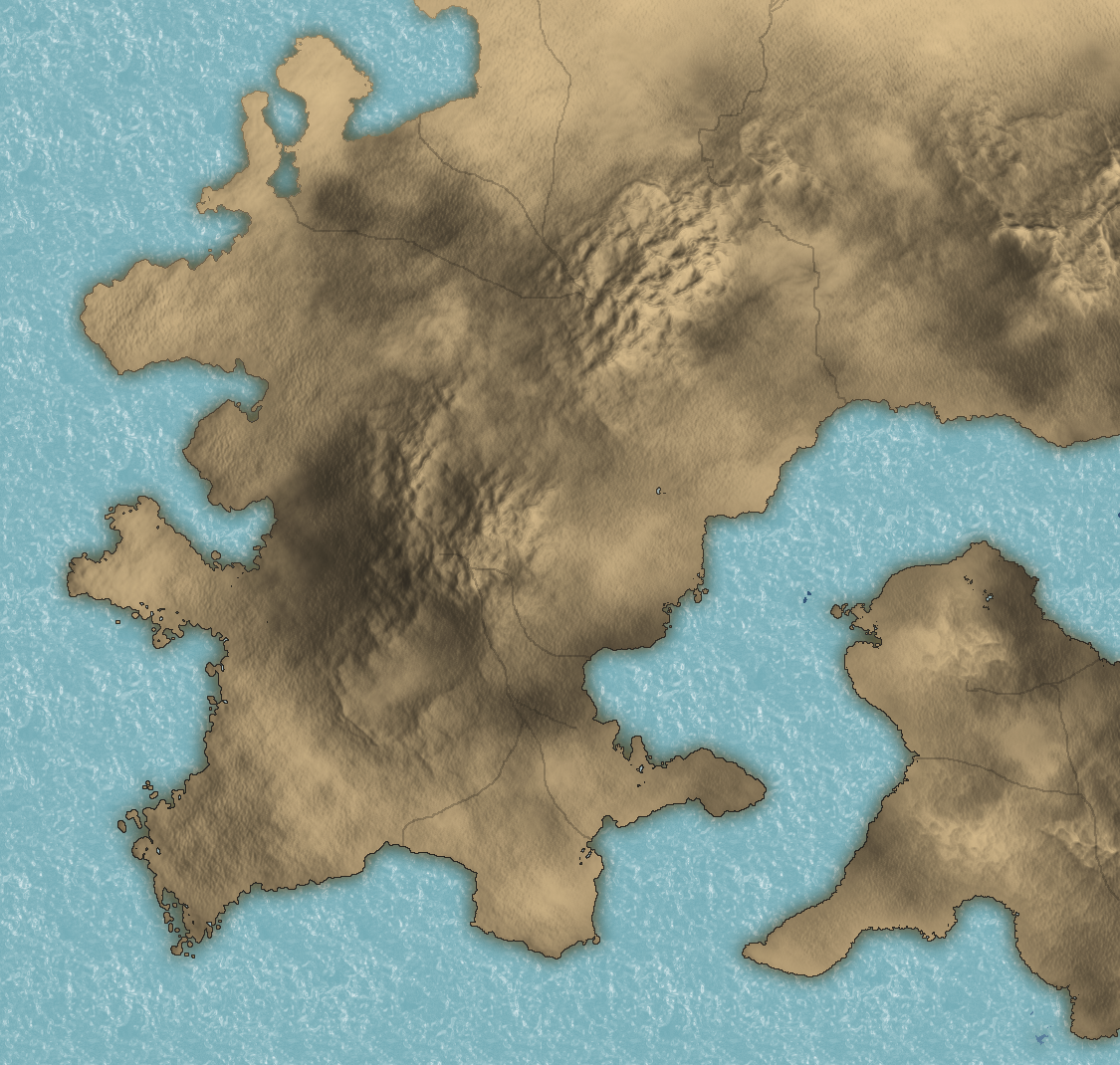 This style features an aged look for the land while keeping the water standard blue. 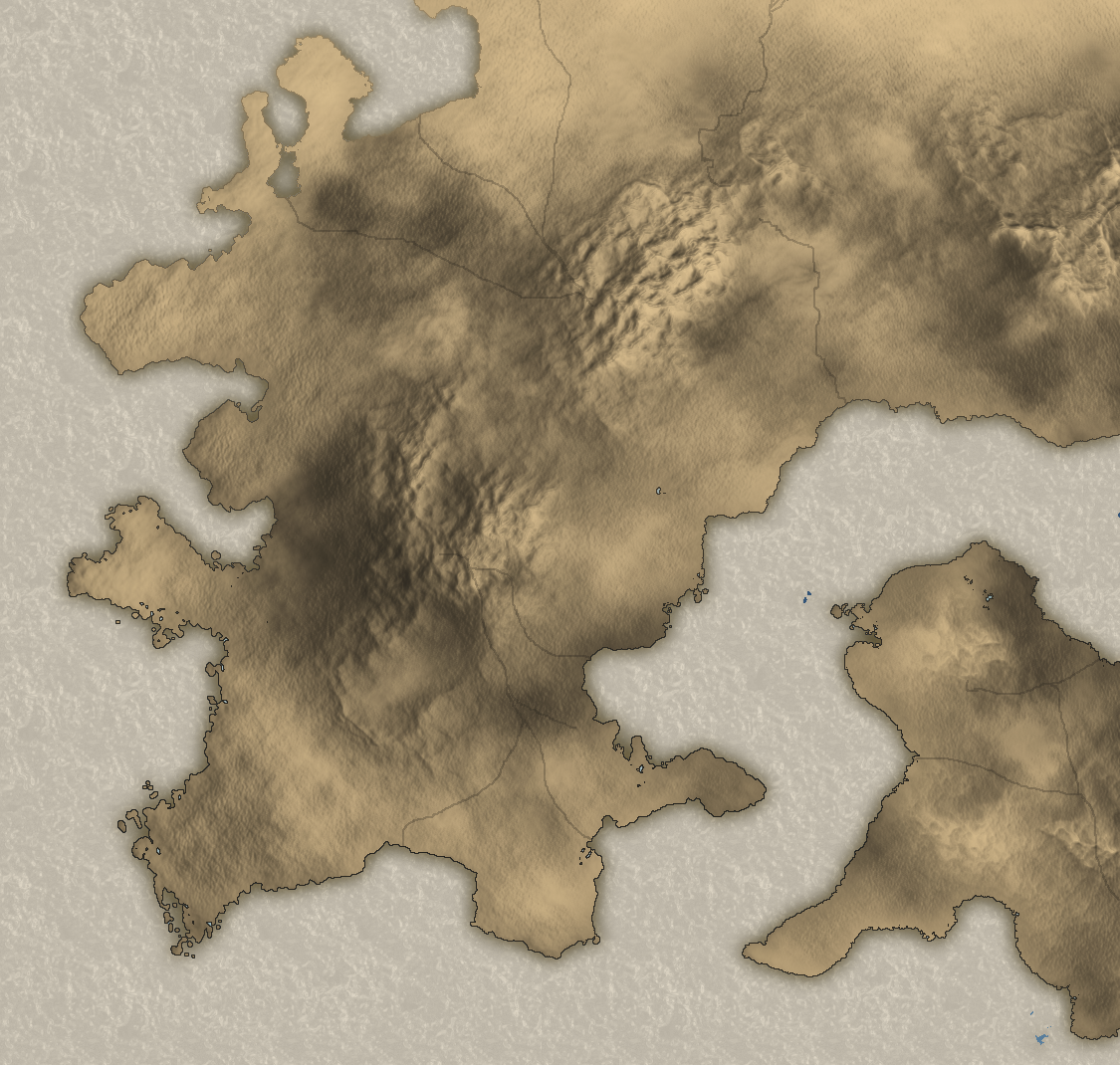 This style is an old fashioned style aged look. 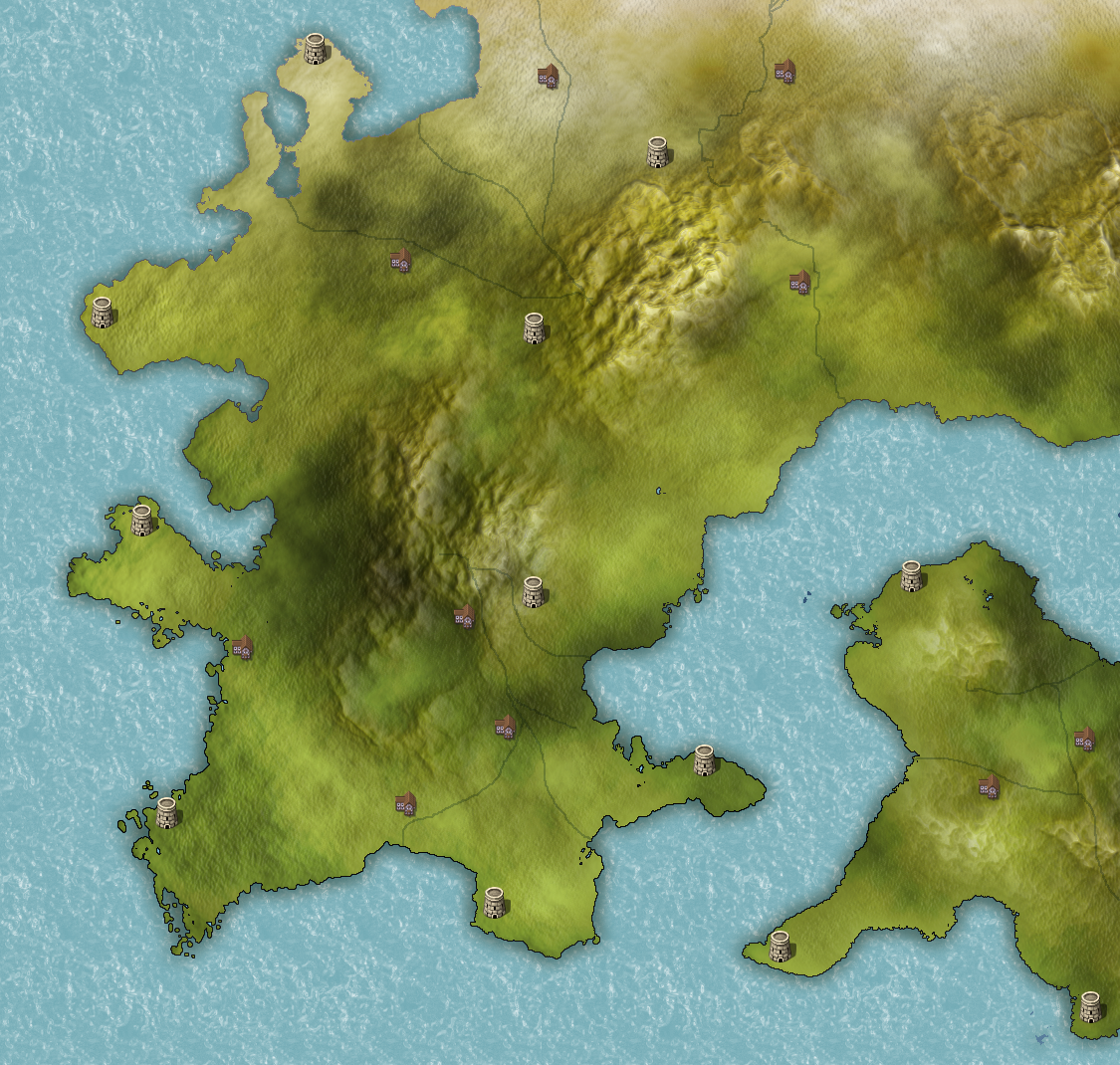 Forts will be areas that are used mostly for war and have seen a lot of battles. Structures could include towers and castles, possible interior maps as well. These places usually have roads, be it dirt or stone.

Towns are built up locations where villagers live. They usually spring up near trade routes such as rivers and populated roadways. Areas such as this will usually have shops and other places to rest your troops.

1)
Gaia (pron.: /ˈɡeɪ.ə/ or /ˈɡaɪ.ə/; from Ancient Greek Γαῖα, a poetical form of Gē Γῆ, “land” or “earth”; also Gaea, or Ge) was the goddess or personification of Earth in ancient Greek religion, one of the Greek primordial deities. Gaia was the great mother of all: the heavenly gods, the Titans and the Giants were born from her union with Uranus (the sky), while the sea-gods were born from her union with Pontus (the sea). Her equivalent in the Roman pantheon was Terra. –Excerpt from Wikipedia
world/start.txt · Last modified: 2019/01/28 02:31 by lou