There exist four continents on Gaia. The two largest are the Northern and Southern Continents. There is also a Central Continent and a South-Western Continent.

Homeland of the main character and starting point of the story. Having just come out of a border war with neighboring Superbia, the aggressor, it is a time of rebuilding. The border Acedia shares with Superbia is noticeably man-made and doesn't follow any natural landmarks such as rivers or mountains. 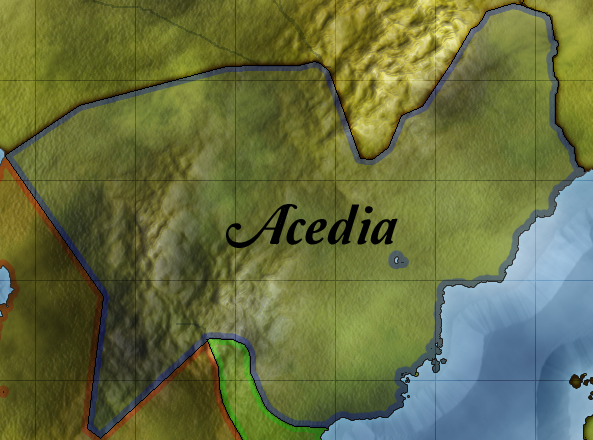 Recently defeated in it's attempted invasion of Acedia. Due to the near equal power of both Superbia and Acedia, both countries sustained considerate losses. Settlements along the border between these two countries are all but ravaged. 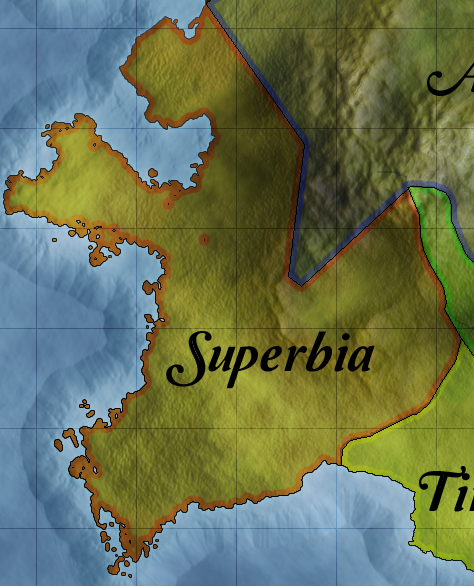 A small nation that borders Superbia, Acedia, and Tira. For it's size it has a very long coastline. Politically it has maintained a neutral position in recent times. 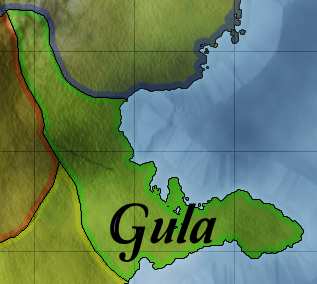 One of the smallest nations on the Northern Continent. It borders both Superbia and Gula. Up until the recent war it had been a large economic ally with Superbia. This alliance was broken when Superbia started it's aggressions against Acedia. 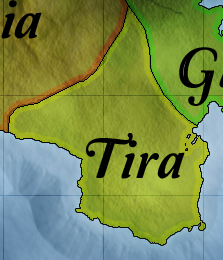