The map is a visual representation of the battlefield. Ideally, each map will be a sub-section of the world map where an event is taking place. For example, the capital city of a country where a battle is taking place would appear to be a dot on the World Map for the pre-battle briefing. When this battle commences the player would see a map that represents the location with various objects, terrain, and both ally and enemy armies. This is where the majority of gameplay will take place. 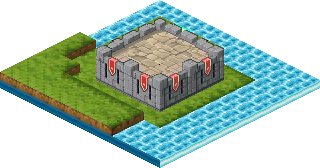 Currently the size of these maps can vary from 5 x 5 to 30 x 30. These measurements are in tiles which currently measure 32×32 pixels and are transformed isometrically to form 32×16 pixels for the surface area and a height of 8 pixels resulting in a visual tile of dimensions 32×24. Not only is this an expensive way to store graphical map tile information, the fact that height (i.e. walls) is included in the tiles themselves means more tiles must be created. This will obviously change in the future but for now it's much easier to create/edit isometric tiles as well as use already created ones while maintaining the ease of mapping them visually.

Tiles make up the map and are made up of repeatable images that are drawn to form the map. As stated above the current tile size is 32×24 pixels which is really an isometric view of a tile. The base of this design comes from a normal orthogonal 32×32 pixel tile transformed isometrically using a 2:1 ratio.

The top part of the tile, which is 32×16, is what will be seen the majority of the time as only the tiles on the edge of the map will show the “edges”, giving the map it's look of depth.

This 32×16 area is also what the units will be walking on as it is the “top” of the tile. The blue and pink images found here are just examples of the shape. The actual tiles will be detailed with the various terrain types that make up the map.

A prop is an object on a map that adds to the scenery and has a functional purpose of blocking the way, creating an obstacle, or even creating an opportunity by destroying one and opening up a new path. Props at this point are very limited to items such as bushes, rocks, man-made objects, and trees. Eventually props will be able to be multiple sizes but for right now they are 32×32.

The data stored in the tiles such as movement cost, which units can walk on it, and more, is stored as Terrain Type data. 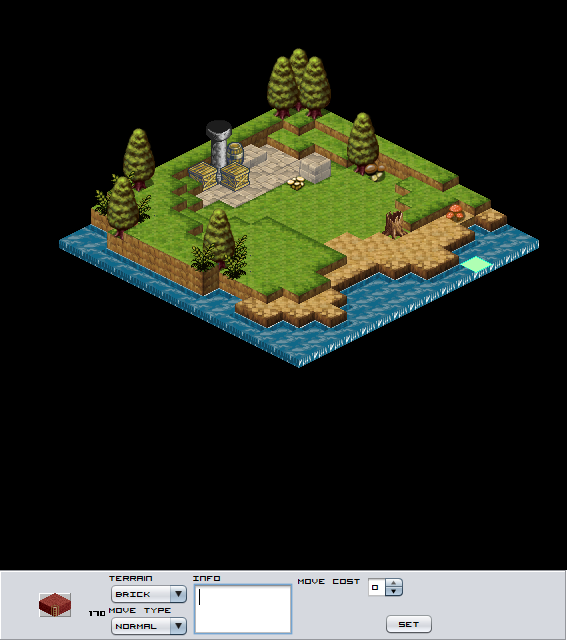 The original idea was to use one of the many map editors already created as these already have many functions added to them. It also helps save time as these are already coded and in working condition. Tiled Map Editor is probably one of the most comprehensive map editors out there and as a bonus it has its roots in Java which makes creating and using maps made with this program relatively easy.

That being said, the map types for this project has certain requirements. First off it is an isometric viewpoint, secondly it uses layers to display the various heights of the map as well as display terrain that requires more than one layer such as a castle wall with a terraced top. This second point was what caused the need to make an in-house map editor. 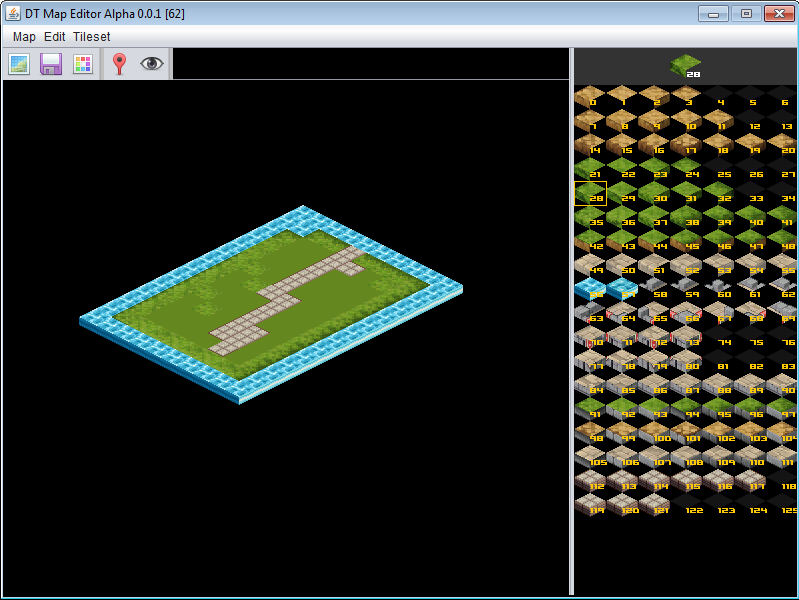 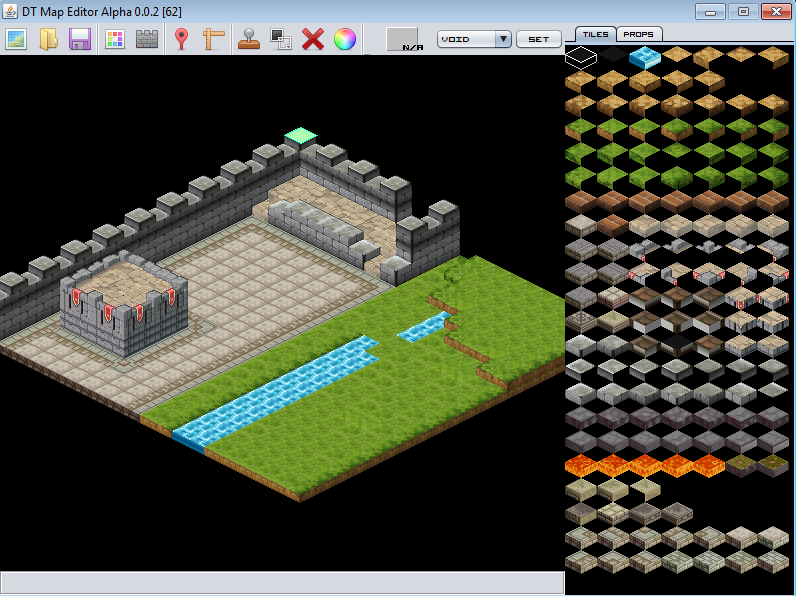 Above is the latest version of the Map Editor, version 0.0.2, which supports basic map creation. 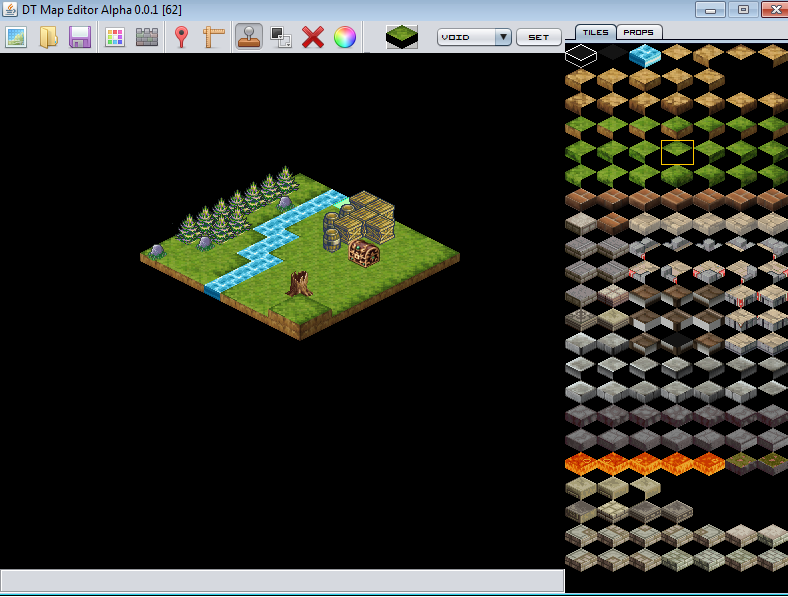 Here is the newest Map Editor that supports props being added to maps.