Throughout the game you will visit the various locations around the world. Some of these locations may feature a battleground, some may just be to flesh out the story. The types of locations vary from geographic such as rivers, lakes, mountains, forests, and plains, to political such as towns, villages, forts, and castles.

The story for this game takes place on the northern continent. The four main countries involved, Acedia, Superbia, Tira, and Gula share the western end of this continent. Other bordering countries will play a role in the game as well. 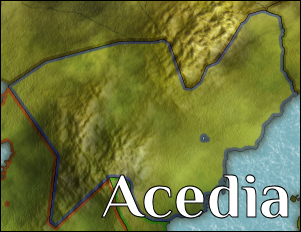 One of the biggest and oldest empires on the continent, it is home to our main character.

Acedia contains some of the tallest mountains as it contains the western end of the Tribus Mountain Range. The mountains actually form much of the northern border. To the west sits Superbia, which is currently at war with Acedia. Gula, an allied nation, borders along the south. Some noteable locations include the Moor Barrens, a large sprawling forest at the foot of one of the largest mountains in the country, and Summit Keep, a mountaintop fort which is said to have a view of the entire world. 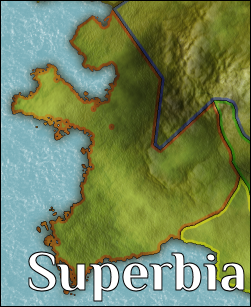 An aggressive, imperialist nation and aggressors of the current war. Superbia is the biggest threat to Acedia, as it's very similar in size and military power.

​Superbia started out as a smaller nation and slowly but surely annexed the nearby land until it controlled nearly the entire western coast of the continent. Of the four countries, Superbia has the longest coastline and second most land size. They are at war with Acedia over border disputes, mainly to the east where the Tribus Mountain Range ends. The two smaller nations it borders are supposedly neutral in terms of the war however Tira is rumored to be helping Superbia. This might be due to Tira being completely cut off from the rest of the continent by Superbia. 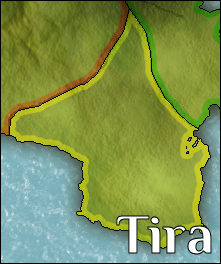 The southernmost and smallest nation of the four, Tira is a land of mostly merchants and fishermen, as well as farmers.

​​Tira used to be a much larger country that shared borders with it's then ally, Acedia. Much of what was once Tiranow belongs to Superbia, all that remains is what lies southwest of the FeraRiver. To the east is Gula, a nation Tirais on good terms with. They are separated by the Semis River, which continues north all the way to Acedia. 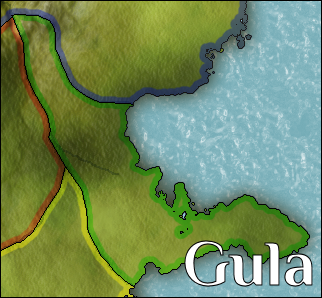 Gula has the highest population density of the four countries and for it's size has a good amount of military strength.

​Gula is allies with Acedia and Tira. They also maintain relationships with the nations across the sea. Their population is a mix of Tirans who lived in what is now Superbia, and Acedians. Their culture is a rich mix of many different nations and it's governing body reflects this. In the past they've treaded lightly and stayed neutral, offering help in the form of hope. Gula is one of the few places on Gaia where the social divide isn't as harsh and those born into poverty can build themselves up.