As the various sections become filled with actual information about the game, the brainstorming involved in getting to that point will be posted here.

A drama, or serious drama, is one way to go. These stories usually rely on some form of political strife in the game (the who/what), the world and the resulting clash between controlling powers creates a reason for the main character to fight his way through battles (the why).

Games in this genre are notably Final Fantasy Tactics/WotL and the Ogre Battle series. The latter split's it's games between Turn Based Tactics and Real Time Strategy. The Ogre Battle story depicts an ongoing saga in a world set after a war between ogres and man. The intriguing part of this setting is how despite its use of high fantasy elements, the story is very realistic and it's political strife emulates real world situations. While the games mentioned are some of the best in their genre, this type of story setting can easily revert to the generic “hero tries to save the world against evil” trope.

Comedy is almost always used to break up the tension during some of the darker moments of the story, but some games strive to create a whimsical or preposterous series of events that gives the player a story driven experience. Game's like the Disgaea series relies heavily on the aspect of absurd plots which tend to go well with their unique characters and over-the-top attribute system.

One of the main features of this game is the Class System. There will be a very large pool of classes in the completed game. This number is currently 100 and will be raised or lowered as development continues. Now 100 Classes may seem like not only too many, but nearly impossible for an independent project such as this, but the Classes as they exist in this game aren't the same as one may be familiar with. Instead of each class having it's own skill tree with tons of abilities, spells, and skills, a Class will have 1 to 2 Class-Specific abilities.

The idea is that when deploying units on a map for a battle you will pick from units you have developed and customized to your liking. Which classes you have access to and choose to deploy will be a major part of the strategy when tackling the various challenges that exist.

These images are for inspirational purposes as well as learning what other people have done to display their gaming world.

These games usually contain some of the finest 2D game art ever created. Their world maps are no different. 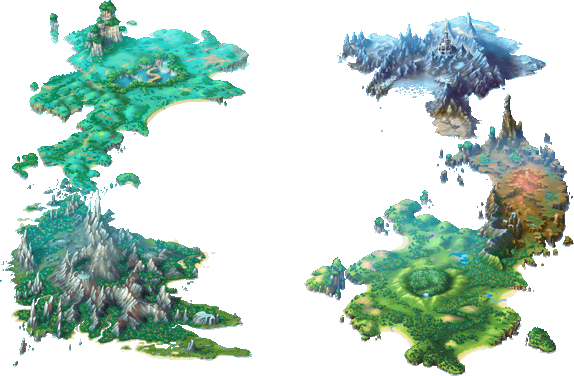 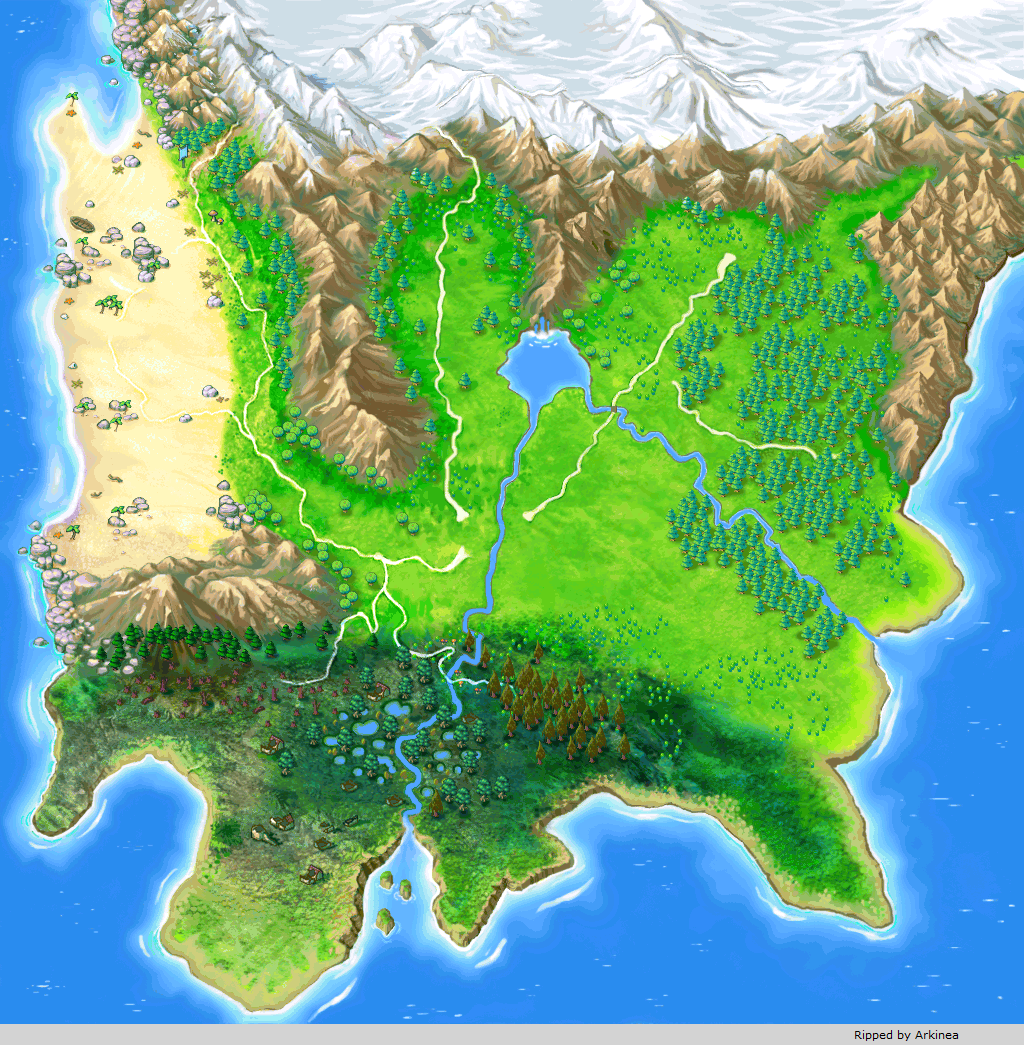